I'm going to be DJing at Twisted Winter Carnival on Saturday 6th December.

Here's the Facebook event too!
Posted by Unknown at 5:19 PM No comments:

I've been working as an IT Consultant for the last 8 years but I took the last 6 months off to concentrate on finishing the Bilamie album, work on my Mixing & Mastering courses and generally try to get a foot hold on the music scene in London.

The Bilamie album is teetering on the edge of being finished but there's no particular date in site yet due to a few issues we need to iron out.  My courses at Point Blank went really well, I had 2 dedicated teachers and I made some great contacts who I have been collaborating with (BeatM4n and Gutto Serta) and it was generally a good experience to get thrown into deep into a musical environment. I definitely feel like I've made a start on the music scene in London as well - I've gotten to know a few bands, promoters and venues.

Soooo... now I need to top up the funding for my musical projects (and general living lol) I toyed with the idea of trying to find a job related to the music industry but many entry level ones were voluntary and/or very long hours and then I wouldn't have the time or energy to work on Bilamie and Web Sheldon. So I've decided to head back into IT Consulting for a few months, save some pennies and then take a few months off IT work again in Spring next year and head back into music 100% afterwards. This might be a reoccurring theme going forward lol.

So what is on the cards for next year?!

And a house too.

Posted by Unknown at 3:41 PM No comments:

I say 'gig', but it's not a gig in the usual sense... I'll be playing unplugged on the opening night there on 2nd December and possibly some more dates during the festive season! There'll be a mixture of original songs, covers aaaaand possibly some festive numbers too.  Cos I love Christmas.  And I'm not ashamed of that.  So there.

Will post more details as soon as I find out more!
Posted by Unknown at 10:47 PM No comments:

Bilamie's next gig is tomorrow at Nambucca as part of an 'Acoustic Sessions' evening... although we'll be playing a normal set of material.

Thanks to Ace Motel Promotions for booking us!

Here's the Facebook Event for tomorrow night and below a quick preview of the other artists playing.

Ron Bousso
Folk/Country/Blues from this London based acoustic singer songwriter.  I hear a bit Nick Drake in some of his melodies too, or maybe thats just me :)
Facebook / Twitter / Soundcloud / YouTube

Here's a clip of his latest song posted on Soundcloud.


Lewis Olden
Animated vocals and entertaining lyrics from this East London Singer/Songwriter of rock 'n' roll, described as 'Musician and artist living in the 21st century'.  I like the attitude this guy comes across with in his music.
Facebook / Twitter / Soundcloud

I've posted all our songs on here that are available prior to our album coming out, so in the mean time, here's my remix of our album track 'Deeper Interaction'.


Aaaaaand another artist added to the night is:

Alistair Sheerin
This guy has some seriously catchy tunes! And I'm not just saying that cos he's a northern lad like me! lol
"Style, swagger and a rock n’ roll attitude against the smog engulfed, urban decay of Middlesbrough, Alistair Sheerin is leading the escape from the mediocre to the Promised Land."
Official website / Facebook / Twitter / YouTube / Soundcloud / Instagram


And for good measure here's another one of his collaborations, this time with MC Stretch and Roland Clark.

It's been over a whole English year now since I first set my website free on the world of the interwebz...so I thought it was time to make a few changes... 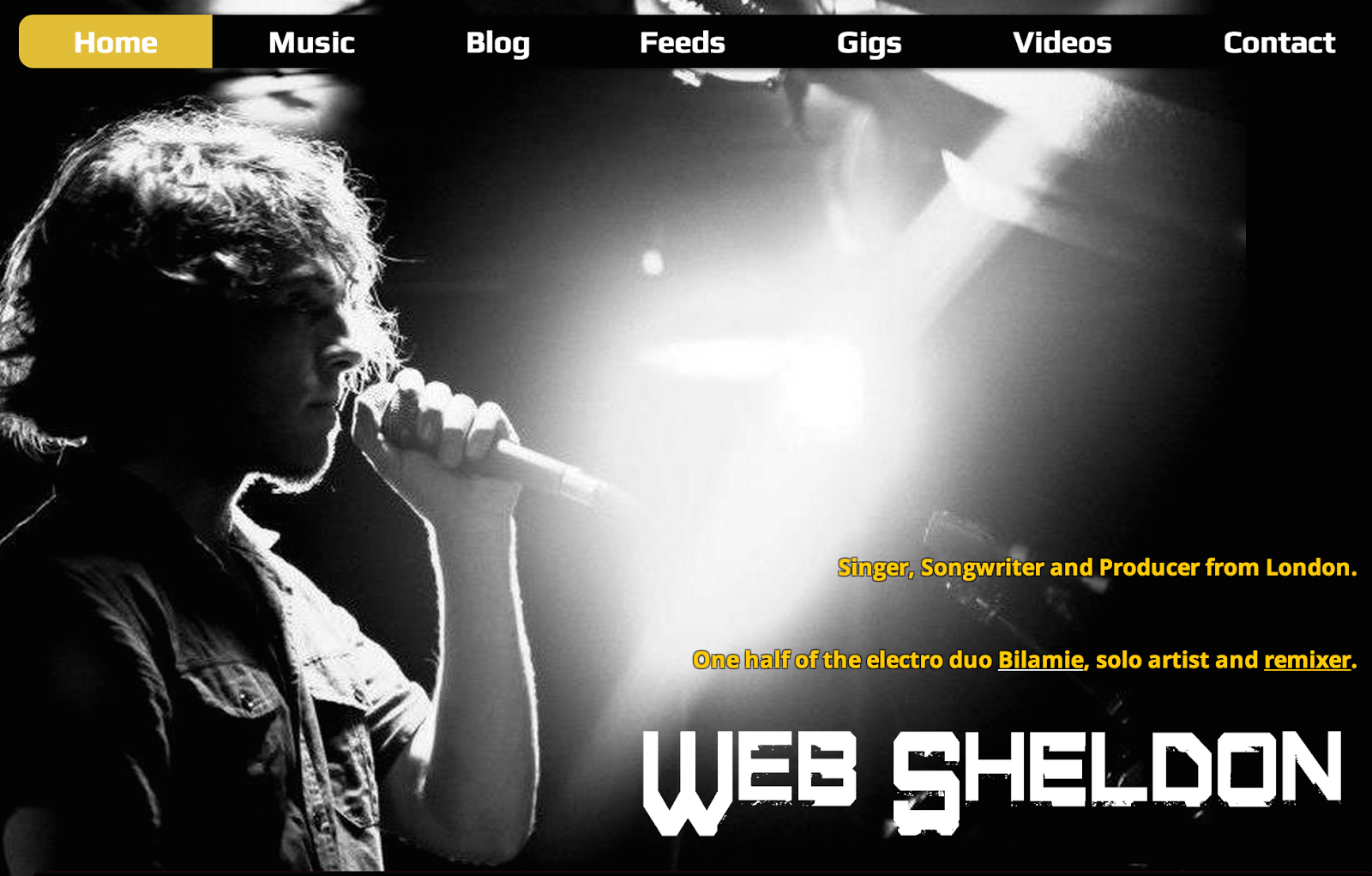 Posted by Unknown at 8:20 AM No comments:

Here's a list of my band's gigs coming up in the next few months!  To get a notification whenever we book a new gig, you can subscribe to our Gig list notifications below :)

Bilamie Gigs
Posted by Unknown at 6:11 PM No comments:

My band Bilamie had a wonderful evening on Tuesday night at Royal Vauxhall Tavern! 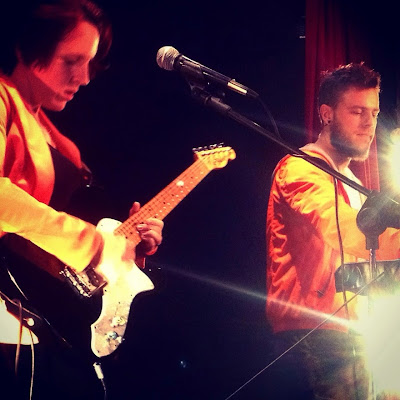 We did have half a palpitation each when we arrived and all the shutters were down...until we realised the bar hadn't opened yet so we had to sneak in the side entrance for the sound check.  We had 2 x sound engineers looking after us, although one was technically a stage manager helping us with our wires/instruments and assisting the sound guy.  It was all very well organised though, which is great at a gig because it means you can actually relax and enjoy the evening.

One thing to note at Bar Wotever (I haven't been to the Royal Vauxhall Tavern myself on other nights there so I can't speak for those), but there was great sense of humour and atmosphere thanks to the organisers and speakers on the night such as Ingo and Maria.

We were the first act up.  There was a good number of people there and a great atmosphere in the crowd too... We had a wander around the crowd afterwards with our mailing list, having a chat with people. When you get a such a nice response like on that night - thats what really makes it all come together. Here's a video of our song Lonely Hearts from the night.

The final act of the night was the debut performance by La Tomatique - wonderfully entertaining and a perfect way to round off the evening.  Here's a clip from their show.

Looking forward to the next time there! :D
Posted by Unknown at 2:00 PM No comments:

My band Bilamie have played a few gigs now around London and we're starting to build up a mailing list to let you know our about any new releases that we have and future gigs.

We use MailChimp to manage our mailing so it is easy to unsubscribe at any time :)
Posted by Unknown at 1:30 PM No comments:

The next Bilamie gig on Thursday 20th November is now at Nambucca, 596 Holloway Road, London, N7 6LB (It was previous scheduled to be at The Beatrice in Camden).

See you there!
Posted by Unknown at 11:24 AM No comments: